[I sold the book to Basic Books. And in August, 2022, I won a National Endowment for the Humanities prestigious “public scholar” award to support my writing of the book this year!].

Wakara is a central figure in my first book, Race and the Making of the Mormon People.  In Mormon “pioneer” lore, and in western lore literature more broadly, he served as the “Indian” foil against which the Mormons drew themselves and drew their Book of Mormon-inspired mythical “Lamanite.” 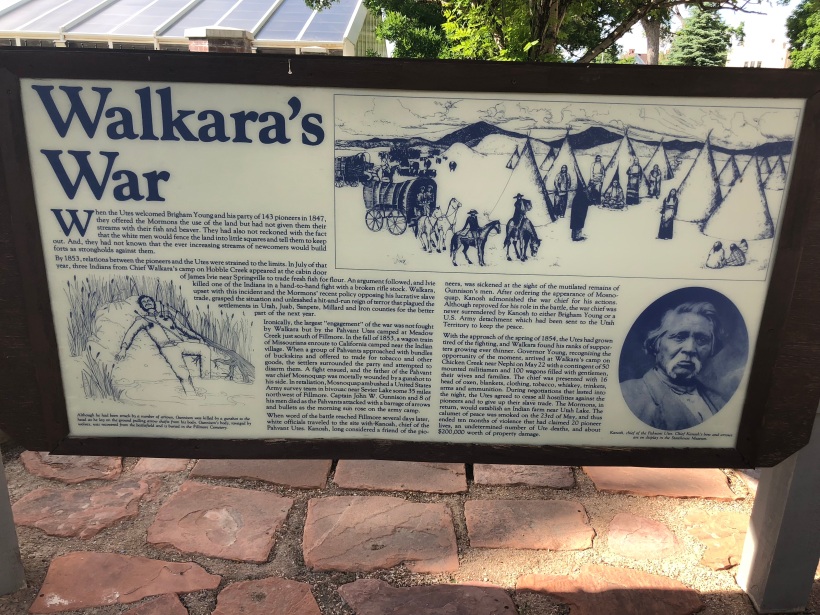 But Wakara was also a very real, flesh and bone historical figure. And like all great leaders, his reputation is mixed and complex–a villain to some, a hero to others. As a slave trader, a collaborator in colonialism in his own right, and an infamous horse raider, Wakara was the most influential man in the American Southwest that you’ve never heard of.

This book endeavors to recover Wakara’s life, and the lives of his ancestors through an exploration of the worlds–natural, political, spiritual–that he lived in. Yet, through a material/cultural approach, with a fair amount of first-person accounts from the author– for example, learning to fish and ride horses like the Utes–I’m attempting to do this “world recovering” outside of–or even against–the “settler colonial archive” in which the histories of Wakara and other American Indians have long been bound, corralled, and sequestered.

Each chapter of the bookI focuses on one material object—from “Wakara’s Fish,” the sacred foodstuff of the chief’s tribe that was decimated by the arrival of the Mormons’ irrigation ditches in the mid-nineteenth century, to “Wakara’s Skull,” which late nineteenth-century anthropologists from the U.S. Army Medical Museum dug up from the chief’s elaborate burial site in order to compare its cranial volume with other races.