Here is the course description: Introduction to the religious traditions in America through thematic, historical, denominational and cultural considerations. Emphasizes the variety and diversity of religious experiences in America, including Native American, Protestant, Catholic, African-American, Jewish, Islamic, Hindu and Buddhist traditions.

In the spring, I’ll be teaching two courses.

RELG 226/HIST 226: “Exile, Exodus, and Zion: The History of African-American Experience from the Middle Passage to Hurricane Katrina and the White House.”

Here is the course description:  The study of the religious history of African Americans from the seventeenth to the early twenty-first centuries through the motif of movement—literal, metaphorical, and spiritual. Main topics include the influence of African religious beliefs and practices on the creation of new diasporic African-American religious traditions, “slave religion,” the formation of independent black churches, African-American Islamic traditions, social protest movements, religion in African-American literature, black womanist movements, and the rise of a “black, Christian Presidency.”

Here is the syllabus.

What does it mean to be both religious and modern?What is the relationship between religion and modern understandings of gender, race, and ethnicity? Are religious beliefs and modern science really at odds? How has religion contributed to making the modern world more peaceful and more violent? What role has religion played in creating modern, democratic nations? 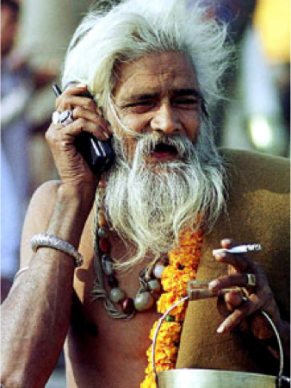 Through an exploration of the religious cultures of  the two oldest modern democracies—the U.S. and France—as well as the world’s largest—India, with important side trips to Pakistan and Afghanistan—in this course, we examine these and other questions about religion’s role in the modern world. We do so by exploring the interrelated themes of the “modern nation,” “modern belief,” “modern women (and men),” and “modern violence” in the U.S. and India, whose citizens are considered among the most religious in the modern world, and in France, whose citizens are considered among the most secular.